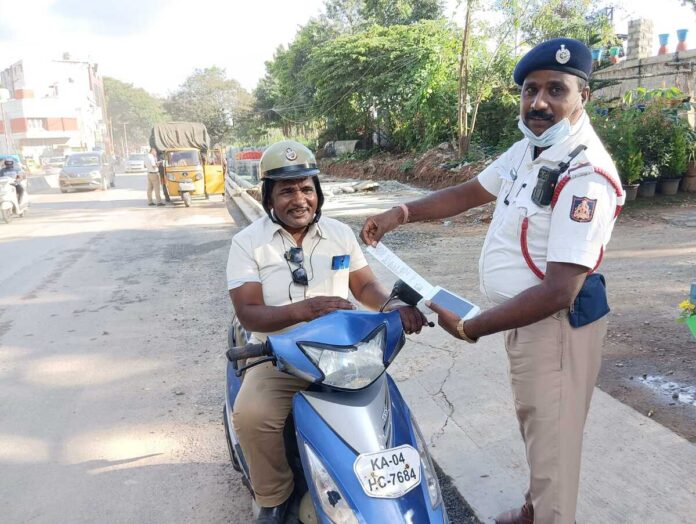 A traffic police officer of RT Nagar booked another police personnel for wearing a half helmet which has been prohibited in the city.

Story so far: On Monday, the RT Nagar police posted a tweet stating, “Good evening. Half helmet case booked against police,” and it has gone viral on social media. Following this tweet, many citizens responded with mixed opinions.

Mixed reactions: While some citizens lauded the move to fine the cop, others called it out for being a publicity stunt. People complained that they had seen many pillion riders on bikes wearing half helmets who had not been caught.