🤖 Robots can now use visual cues 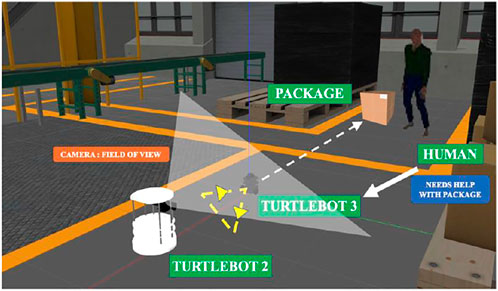 The work of researchers from the Indian Institute of Science (IISc) and the University of Maryland has yielded robots that can respond to visual cues instead of network-based communication to navigate.

Story so far: Research led by assistant professor Abhra Roy Chowdhury in collaboration with Kaustubh Joshi from the University of Maryland has revealed that robots can use visual cues to navigate as well as deliver a package with the help of a human. The research provides a framework that allows robot-to-robot cooperation for the task of delivering a package.

Inspiration: The researchers were inspired by the ‘waggle dance’ depicted by bees when they communicate with one another. The messenger robot uses specific geometric shapes such as circles, squares and triangles to communicate with the other robot. These denote metrics such as distance, direction and destination.