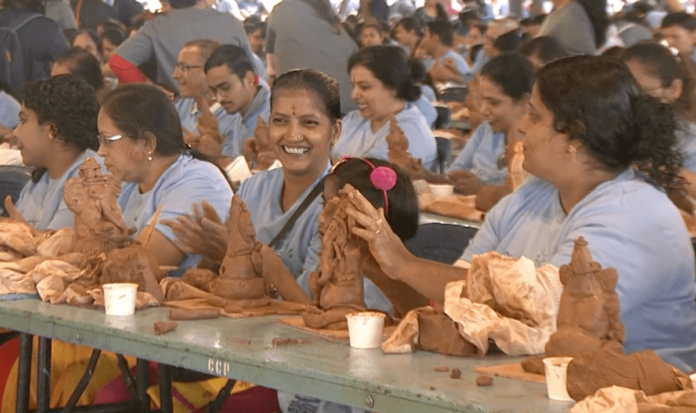 Story so far: The campaign has claimed to break its own record for ‘the most number of people sculpting with modelling clay simultaneously’ at National College Grounds on Sunday. While the initial goal was set at creating 10,000 Ganesha idols, only 3,308 idols could be created. But this still made it to the records book.

Environment-friendly: The clay idols are designed in such a way that they can be planted in a pot post the festival, which will eventually grow into plants. The campaign was set up not only to promote environment-friendly plants but also to provide a hands-on clay idol-making experience.