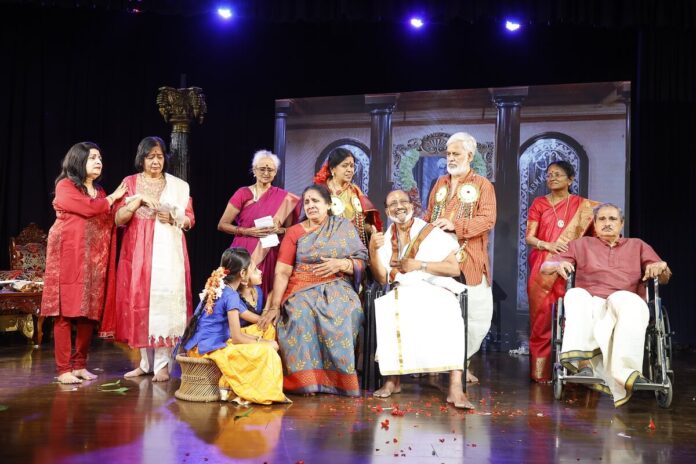 The Dignity Foundation staged a play to raise awareness about Dementia.

What’s it about? The Dignity Foundation presented a play titled “Thala, Thalaiku Yenna Aachu?” to raise awareness of Dementia and raise funds for dementia care. It was attended by an audience of around 250 at the Bharatiya Vidhya Bhavan Auditorium, with senior citizens taking the stage.

The Dignity Foundation has been for the betterment of senior citizens since 1995. It helps them tackle social challenges and insecurities to educate the public about the roadblocks they face in living a dignified life.

The Red Curtain International began as an English theatre group in Kolkata in 1969. As one of its founder members, Roy is an advocate for theatre and the good it can do for people and society.