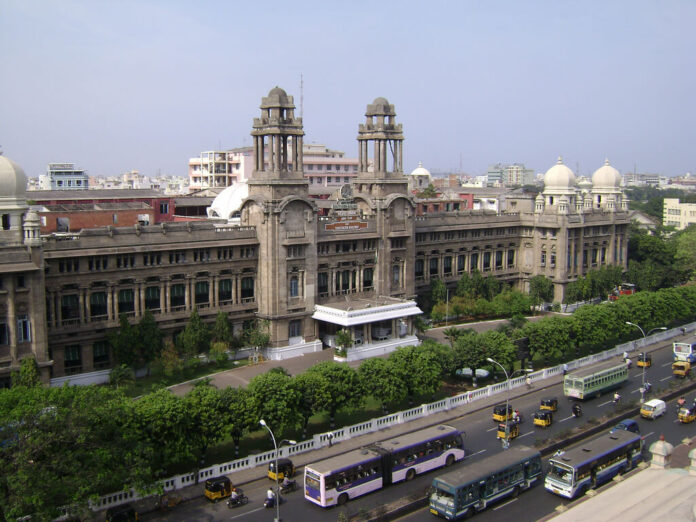 For a century, the building has stood the test of time and is home to the zonal railway.

History: The foundation stone was laid on February 8, 1915, by Lord Pentland, the Governor of Madras. He wanted an office for the Madras and Southern Mahratta Railway Company (M&SMR). The three-storey building was inaugurated on November 11, 1922, by Lady Willingdon, the wife of Freeman-Thomas, the then Governor of Madras.

Numbers: It took 7 months to lay the foundation with 500 tonnes of steel bars embedded in 10,000 tonnes of granite concrete. Each of the four corner domes has water tanks with a total capacity of 1.32 lakh litres. Transporting the stones alone took 8 years.