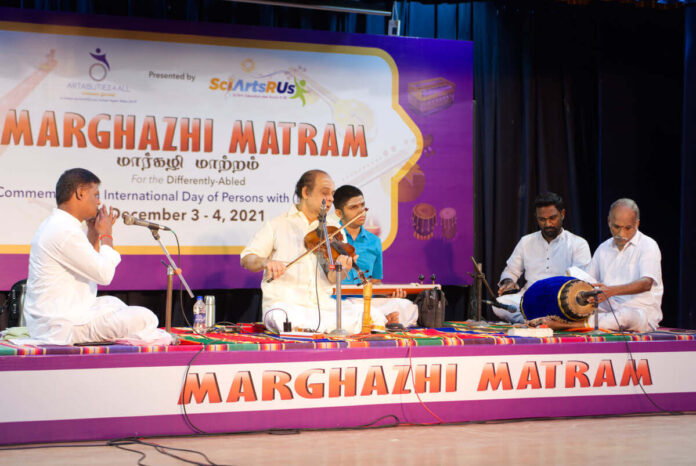 The cultural fest Marghazhi Matram will feature performers who are differently-abled and from under-represented communities.

What’s it about? The festival is an inclusive and accessible space where organisers search for talent in the state and outside to include those who are disabled and from marginalised communities. It’s being organised by SciArtsRUs, a California-based NGO, in partnership with Live4You. The festival will bring together more than 200 artists from different backgrounds.

Background: The initiative was launched in 2019 by Ranjini Kaushik, who felt there weren’t many festivals that featured artists with disabilities. It was launched as part of a larger initiative called Arts Abilities. The response has been successful for the past two editions. Margazhi was the right time to have the festival. It begins today at the Dakshinamurthy Auditorium in Mylapore.