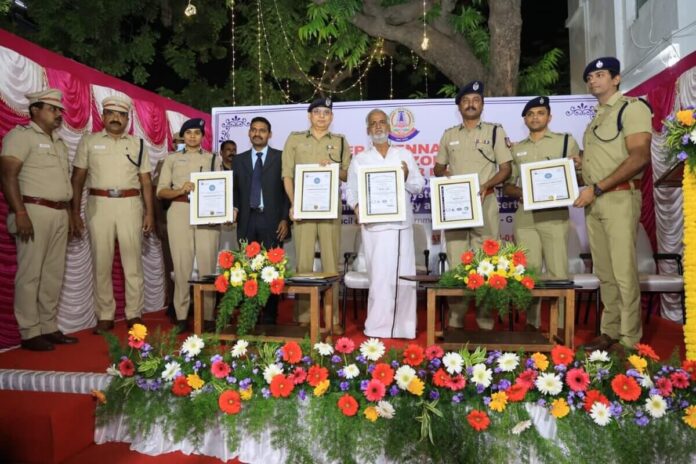 One of the oldest police stations in the city is now ISO certified after an independent assessment.

What’s it about? The Flower Bazaar police station, at 146 years old, is unique in the city. It’s painted white, while police stations are usually red. This station was awarded the ISO 9001:2015 and Workplace Assessment for Safety and Hygiene (WASH) certificates. It’s the fifth station in the state and the tenth in the country to get this accreditation.

Who said what? Karthikeyan of Quert certification, which did the assessment, said suggestions on the station’s maintenance were accepted with new furniture, storage facilities, and other compliance requirements. Legislator PK Sekarbabu, whose constituency the station is in, said he hopes this becomes the standard bearer for others.