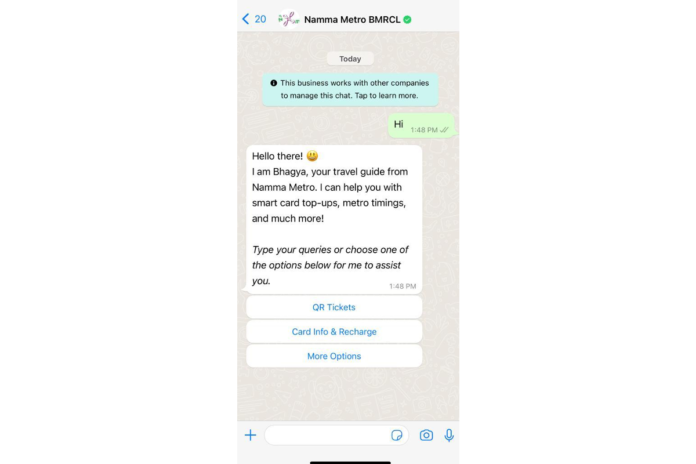 WhatsApp users in the city can now purchase train tickets through the instant messaging application.

Story so far: The Meta-owned company announced Monday that Bengaluru residents can now use WhatsApp to buy railway tickets and replenish their travel passes. It characterised this as “the first-ever QR ticketing service” for its app. The Namma Metro rapid transit system in the city will soon have a WhatsApp chatbot-based QR ticketing service thanks to a partnership between WhatsApp and Bangalore Metro Rail Corporation (BMRC).

Payment: After selecting their travel details on the app, WhatsApp users can pay for their tickets and recharges using UPI. Once created, the QR ticket can be scanned at the exit to allow contactless entrance and exit.