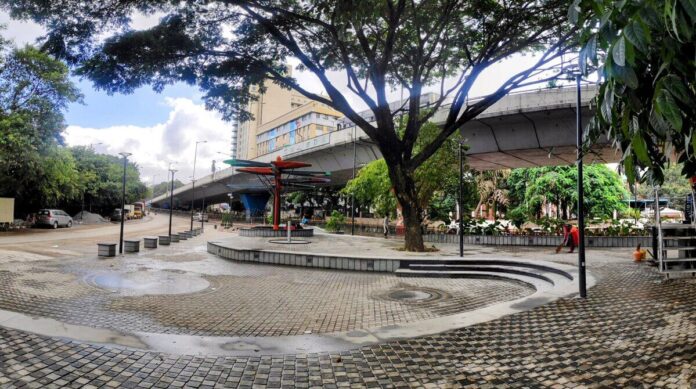 The open space near Maurya Circle has been renovated by the Bruhat Bengaluru Mahanagara Palike (BBMP) to prevent it from being used as a garbage dumping spot.

Story so far: The BBMP rebuilt Gandhi Park at Maurya Circle, one of the key protest locations in Bengaluru, adding an amphitheatre, a vibrant automated watering system, and a gazebo with seating. The project cost the BBMP ₹1.23 crore. The area has been renovated after Seshadri Road’s white topping was finished a few months ago and left an empty, open space close to the junction.

Resident responses: The authorities received praise from the public for reclaiming the vacant 13,000 square feet and converting it into a public area. The BBMP also has plans to create such public places throughout the city.