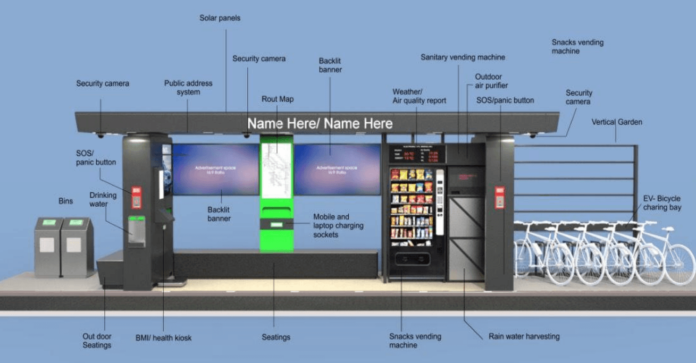 Bengaluru’s been on a rejuvenation kick lately. Soon, waiting for a bus at Electronic City is going to get a lot more fruitful.

Story so far: The Electronic City Industrial Township Authority (ELCITA) is going to set up four “smart” bus shelters as a part of their pilot project. The aim of the project is to implement the city’s first Metro Neo network – an electric trolleybus system. And these shelters will be a part of it.

Locations: In total, 15 smart bus shelters will be set up. But for now, the initial four will be placed opposite 3M India, Infosys, Otium and Phase 2 (XIME College). Considering the lack of proper bus stops from the BBMP in the area, this is a welcome move.