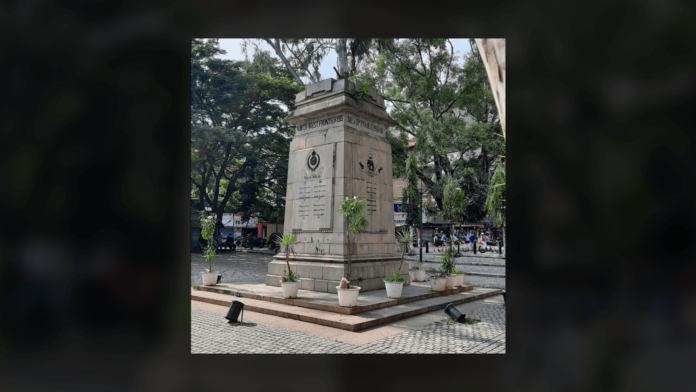 The central business district holds several little gems that establish the rich history of the city. One of them is the Sappers War Memorial at the junction of Brigade Road.

Story so far: Built in 1928, the Sappers War Memorial was erected for 449 soldiers of the 1st Madras Pioneers regiment. This was built to honour the soldiers that lost their lives in battle during World War I. The soldiers fought in battle zones in Burma, East Africa, Afghanistan and the North-West Frontier Province.

The Madras Pioneers: The 1st Madras Pioneers regiment was raised in 1780 by the British. They were based in Bengaluru in the 1800s and were later absorbed into the Madras Sappers – also known as the Madras Engineers Group – in 1933.