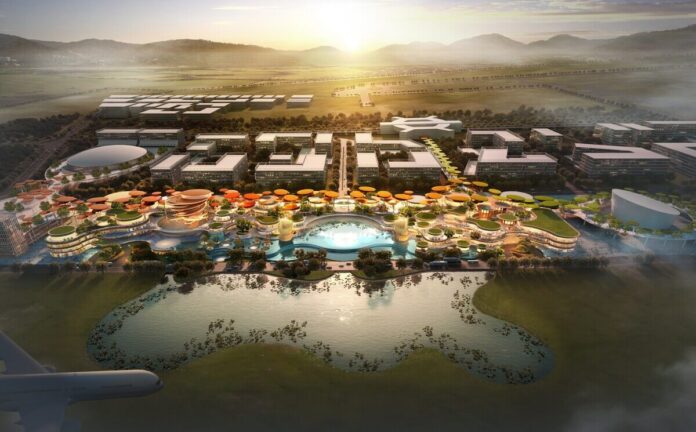 The futuristic Bengaluru Airport City’s first phase will be opened in 2025.

What & Where: A multi-billion dollar Smart City is set to come up on 463 acres of land at the premises of the Kempegowda International Airport. While the pandemic delayed construction, things are picking up, and the first phase will be open to the public in 2025.

Other amenities: It’ll also have the expected retail, entertainment, and business amenities. The Kitchen will serve 1.7 lakh ready-to-eat meals per day. The technology clusters will include manufacturing, robotics, space technology, and AI.

Connectivity: Through the Greenway, there’ll be a link with the Metro and various places in Airport City. It’ll allow visitors and employees to move freely throughout the space. What’s more, there could also be hyperloop connectivity.