🏗️ A possible end in sight? 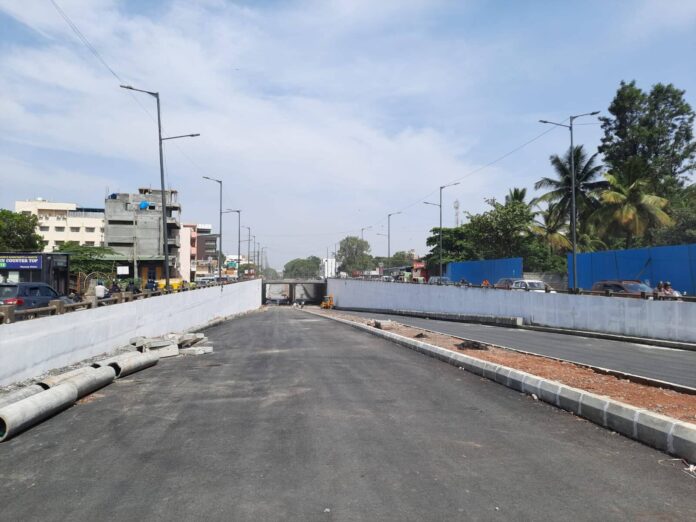 After all the missed deadlines and delays, the BBMP finally says that the construction of an underpass at Kundalahalli will end in the next two weeks.

Story so far: For over three years, motorists passing through the Kundalahalli Junction have had to wait more than 5 minutes in bumper-to-bumper traffic before getting to the other side. This delay is because of the ongoing construction of an underpass for those heading towards Varthur and ITPL Main Road.

People’s response: The residents of Kundalahalli are way more suspicious of the BBMP’s words. According to one resident, the engineers have missed several deadlines due to faulty land assessments and a lack of funds. Considering the original timeline for this project was supposed to be six months, their track record doesn’t evoke much faith.