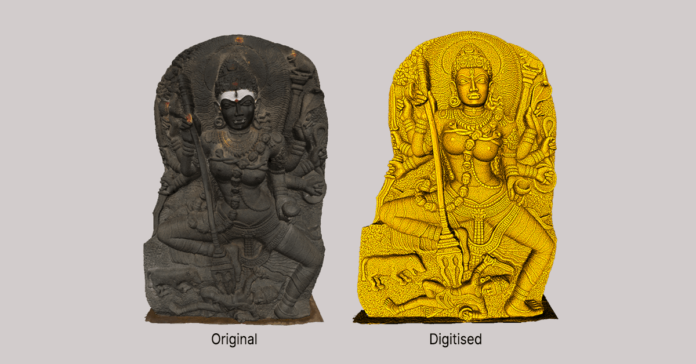 A 10th-century Chamundi idol has been digitised as a part of the Bengaluru Inscriptions 3D Digital Conservation Project, led by the Mythic Society.

Story so far: The Mythic Society project surveys about 8,000 sq km across Bengaluru Urban, Bengaluru Rural, and Ramanagara. It employs 3D scanning technology to create digital versions of stone inscriptions. Members of the project team have been doing so since January 2021.

3D models: A field survey by the Mythic Society revealed that about 40% of 1,500 inscriptions documented by them were lost. Digital scanning of the stone inscriptions allows the creation of 3D models, thereby facilitating detailed studies of them as well as manufacturing physical replicas.