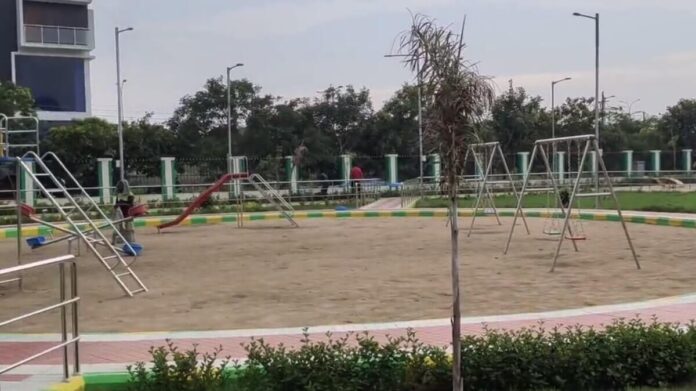 Residents of Velachery have a new park thanks to the Singara Chennai 2.0 project.

What’s it about? The vacant land at VGP Selva Nagar in Velachery, once filled with garbage, is now a sprawling park. The Corporation has built a park under the Open Space Reservation (OSR), part of the Singara Chennai 2.0 project. It’s located adjacent to the MRTS station service road near Perungudi.

Resident’s demand: People want the Corporation to renovate the park at the Third Street Extension. It once had a footpath and a play area for kids. Now, it’s in bad shape, with the pavement damaged.