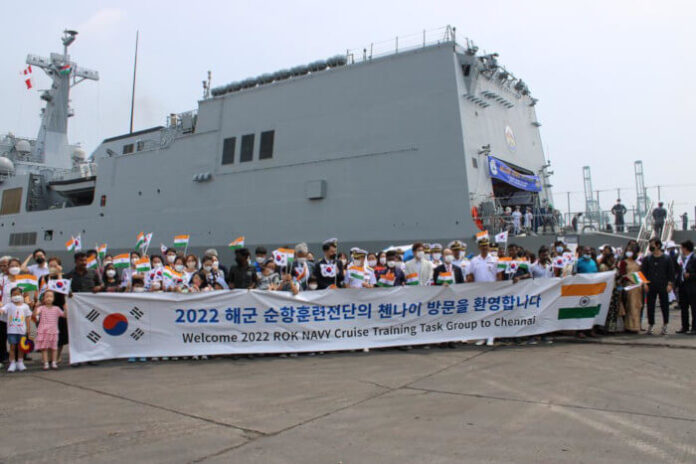 What’s it about? People waving the South Korean flag greeted the two ships as they docked at the port as part of a goodwill visit to strengthen bilateral relations between the two countries. The ships are named ROKS Hansando and ROKS Daecheong. They began their 110-day trip on September 2 to visit nine countries in the Indo-Pacific region, including Malaysia, Indonesia, Australia, New Zealand, and Fiji.

History & Features: The ROKS Hansando is the country’s first training ship with a capacity of 300. The ROKS Daecheong was commissioned in 1997. It’s a multipurpose fast combat support ship that can supply ammunition, fuel, and water to combat ships.