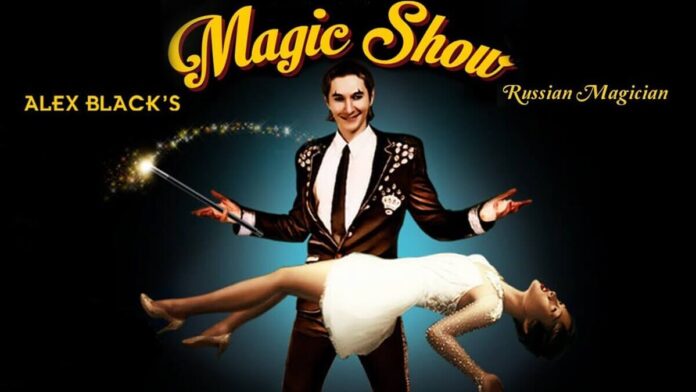 Alex Black is on his fourth trip to the city as he enthrals audiences with new tricks up his sleeves.

Who is he? Alex was born in a remote corner of post-Soviet Russia in a family that struggled financially after the Soviet Union collapsed. The 33-year-old’s tryst with magic began with a chance encounter with a magician who piqued his interest in the art of magic. He then enrolled at Moscow’s Circus College. He’s performed in more than 20 countries.

The craft: He’s not open to telling people how his tricks are done. Even with the classic sawing a person in half, audiences were amazed when he performed it on his assistant. The vanishing routine takes years of practice, as he states how anyone can learn some basic tricks by buying a magic kit.