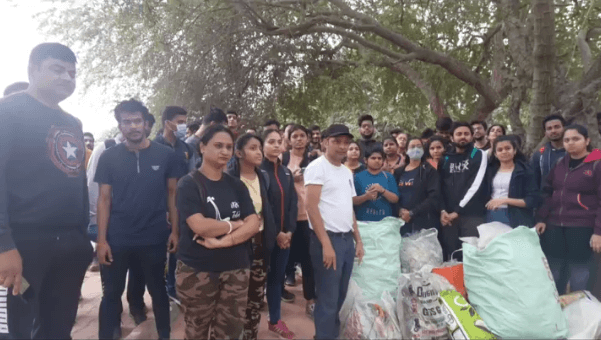 Over 75 morning runners and city walkers equipped with gloves and garbage bags collected 60 kg of rubbish from litter pockets near the Kaikonderahalli lake in South Bengaluru.

What’s it about? During the two-hour effort, lake activists said they picked up bags full of plastic glasses, wrappers, and other dry trash things. The amount of rubbish lying about was astounding. The activists said that while the BBMP restored the waterbody, management is equally crucial to keep the lakes clean. The drive was headed by Nagraj, locally known as Plograja, creator of The Plogger’s Army, which organised the plog event in collaboration with Bhumi NGO.

Unchecked littering: City lake activists argue that stricter regulations should be implemented. The plog army said that it has noticed that several individuals leave the plastic packaging and cups after offering food or cookies to dogs and children near the lake.